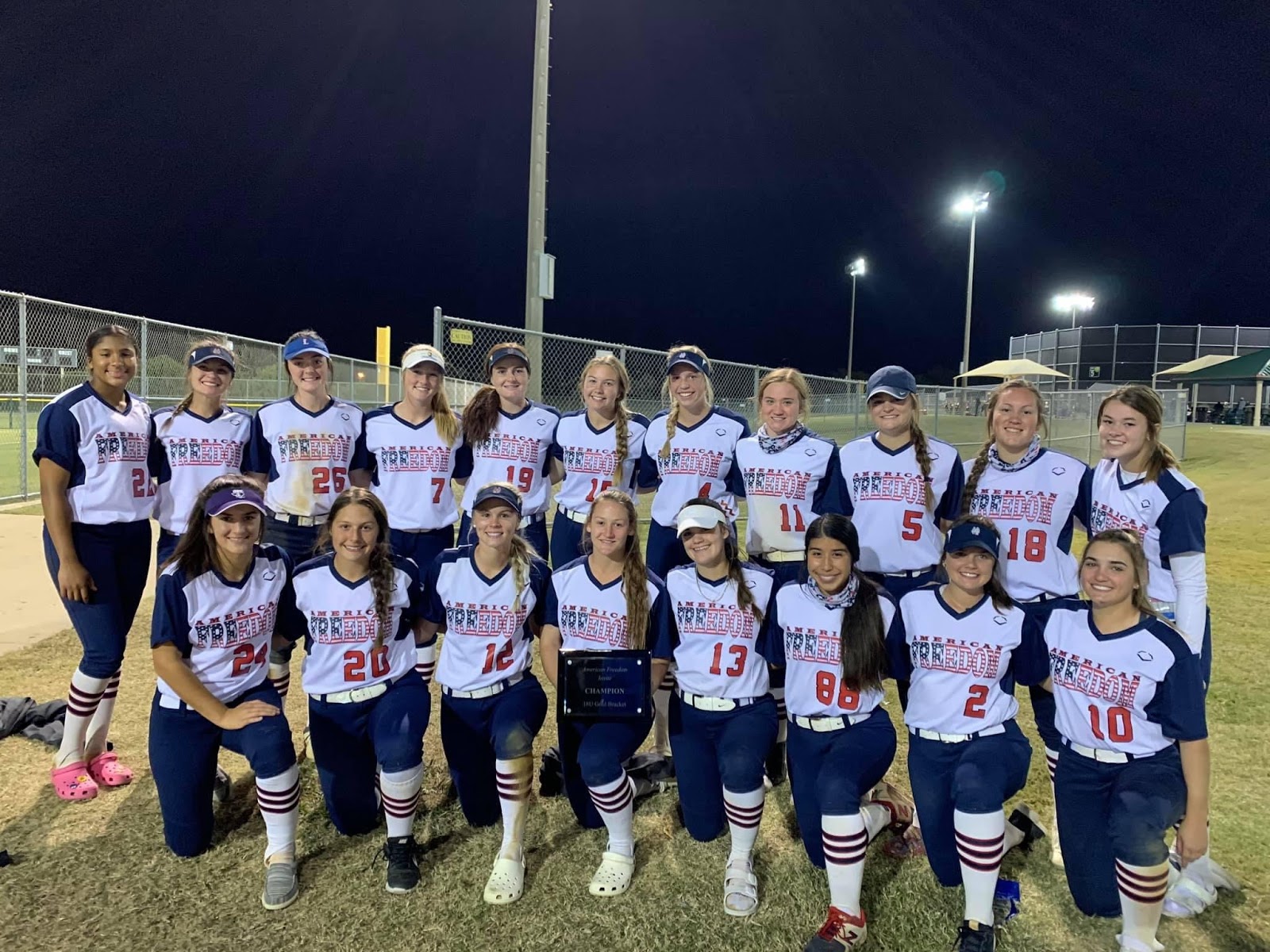 The American Freedom National 18U team completed their fall season this past weekend at the Texas Fastpitch League Fall Championship.

AF National entered the event as the #5 seed and opened play on Saturday against Texas Glory Gold. Despite an outstanding pitching effort by Ranci Willis (2021, uncommitted), Glory Gold escaped with the 1-0 victory. Willis struck out 15 batters and allowed two hits in six innings of work. AF National rallied in the top of the seventh inning with a leadoff double. After a botched sacrifice bunt attempt that resulted in a double play, AF National drew back to back walks, but were unable to plate a run.

Af National enjoyed a successful fall campaign, posting a 20-8-3 record. They finished the TFL season with a 5-1-1 mark.

Ten AF National players recently signed letters of intent to continue their playing careers at the collegiate level, including four at NCAA Division I schools. The signees are –